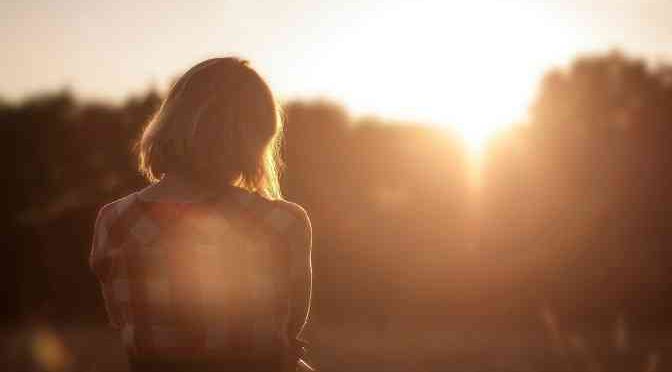 The abode. The only one in the entire area, sat on the crest of a low valley. In this two-storeyed duplex resided a couple – Rohan and Rhythm. They set up their dream house in the outskirts of the city where they could catch the view of fields of cotton dotted with flowers, a turquoise crystal clear lake with a bench near by, many baya weaver nests dangling from the twigs of trees and holy worshipping places too.

They had been residing in a rented house for the past six years. But, Rhythm was agitated by her parents’ demise. So this perturbed couple decided to get into a solitary home. Together, they moved to another city cloistering themselves. Within a couple of days, they got adjusted to their new habitat.

The beam of sun invaded through the window when the bird’s chirp awakened Rhythm. As she woke up, she came to the window and stood towards the lake view. She knotted her lustrous brown hair, walked downstairs and reclined on the swinging couch in the balcony with a hot cup of coffee. Soon, Rohan woke up.

“PEACE! This is all that I wanted Rohan! Thank you so much for instantly accepting my request. I promise, I’ll be normal soon… Thank you Rohan, thank you!”

“Rhythm…Don’t be so emotional. I understand! I totally understand, Rhythm! I know you need some time to get back to a state of normalcy again. The death of parents is no less than losing ourselves. I know Rhythm, I know. Your mother-in-law is also a single parent who raised a happy child. You’ll be engulfed by all the precious memories of your parents. I know that some even are unable to get out of the grief and undergo depression too. Thank God! You didn’t slip into it. You’re a superwoman. Be strong!”. Rohan smiled and motivated her to muster up some courage at that point of time.

“Yes! Buttttt…..I want a heavy brunch in the afternoon okay?”

“Yeah, sure..” the tizzy lady exclaimed.

She went into the bathroom to have a cool shower.

“Rhythm! Calm down! She’s our maid. Her name is Yadamma. It’s not your mom! Don’t get afraid!”, he comforted her.

Rhythm was engrossed in her own world. After her shower, Yadamma and Rhythm prepared Bisibelebath which was Rohan’s favourite dish. They spent the whole evening buying the crockery in the village fair. They bought all the routine necessities like plates, spoons, glasses and even two beautifully painted pots.

Later at home, they were lying down on the bed due to exhaustion. Slowly, both of them drifted to sleep. Yadamma locked all the doors and gates of house. She left for her residence.

“Mummmmmmmy!” Rhythm woke up startled to her daughter’s blaring scream.

Apace, she darted towards her daughter’s room. The little girl was sitting at the corner of the room, panting, and holding her hands over her head, covering the face, as if she was trying to hide from somebody.

Rhythm embraced her and yelled, “Sweety! Sweety! It’s me! Mom has come! Don’t worry! Calm down! Calm down! Relax! What happened?”

The little girl cried out loud, “Mummy! Mummy! There’s someone roaming around in our house!”

Placing her over the chest and brushing her hands into the little girl’s hair, she replied, “No Sweety, there is no one! You just had a bad dream! Calm down! Stop crying! I’m there!”

Pointing towards the door, the little girl screamed, “Mom! There it is! See! Mummmmmmmy! There!”

She turned back to see a silhouette, holding a knife in hand. Her eyes  went dilated. She hid her daughter at the backside of her long gown and tried screaming for help, but no words came out of her mouth. It moved close to them, and looking into her eyes, it said, “Sometimes, you have to listen to little kids! They speak the truth!” And stabbed her right into her heart with the knife.

Her husband woke up and shouted, “Hey, Rhythm! Rhythm relax! Relax! Calm down! May be you had a nightmare! Relax! Relax! Cool!”

She looked around, up and down, hugged her husband, and mumbled, “Oh! That’s a very bad dream!”

She got down from the bed and moved towards her daughter’s room. The little girl was still sleeping. She smiled, kissed her daughter on the forehead and returned to her bed.

Her husband asked, “Where did you go?”

She replied with a smile, “I just went to have a glance of our daughter, Sweety!”

He whispered, “Are you mad? We don’t have a daughter!”

One thought on “The Ephialtes”