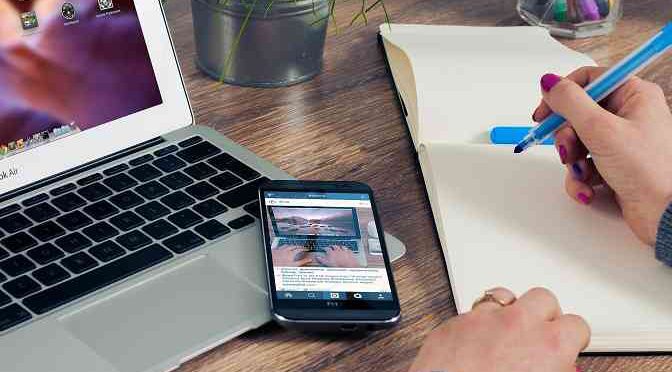 Vaani was fumbling to reach out to her buzzing mobile on the bedside table, while her little one was clinging to her left hand in deep slumber. “How have you been?”, a familiar grave hoarse voice blurted out immediately, breaking the dark midnight silence. Vaani couldn’t utter a single word in response as sudden overwhelming inexpressible emotions numbed her completely. After what seemed like a decade-long minute, she regained her composure with a deep breath. She had already recognized the voice by that time. It was Raman, her husband, who had been missing for the last five years. Her eyes instinctively darted to the calendar on her desk; the date took her by yet another surprise. Meanwhile, Raman kept on calling her name on the other end, asking if she could hear him.

Vaani had turned mute. It was the same date when Raman had left her and little Trisha!

“I married Heena. You too move on”, Raman’s words had pierced her soul.

Seething with anger, her eyes couldn’t hold back the tears.

“Bastard, go to hell. You are dead for me. Don’t dare call me back ever”, a fuming Vaani had hung up the phone.

A tearful Trisha looked at her helpless Alzheimer stricken mother and thought, “Wish you come out of that thirty-year-old time loop.”

Nodding blankly, her eyes distant with perpetual oblivion, Vaani gulped down the pill with a glass of water, hoping its effect to be contrary to its purpose. Forgetfulness was the only remedy she seeked. Beyond the loop of shifting memories, altering identities and a haunting past, perhaps awaited her world of answers.

Trisha coaxed her back to bed but sleep was miles away. As flashes of images from the past lit the sky of her mind in brilliant streaks, livid black clouds of memories reared up their ugly fangs to unleash their ferocious attack on her soul.

Vaani and Raman were a match made in heaven. Trisha had only complimented their perfect life, when early onset Alzheimer’s had struck. She was coming home, delirious with the news of having been made partner in her law firm, among the youngest ever to have made it, when she just could not remember the way home! Distraught, confused and stunned, she stopped at a Starbucks.

“Congrats, honey!”, Raman’s whatsapp message popped up on her screen.

“I don’t know the way home”, she typed back. How ironic that very man had taken her home away from her.

The doctors had initially diagnosed stress to be the reason for her behaviour. But her condition only started to worsen with time.

Once, Raman had invited friends to celebrate their anniversary. It turned out to be one of the worst days for Vaani. While the party was still on, she took a friend’s child and Trisha to a nearby park and forgot her way back. The guests became terrified. At last, the local police brought them back home. Instead of sympathizing, Raman screamed at Vaani for her irresponsible behavior in front of all the guests. Vaani had been deeply hurt then.

Trisha’s eyes welled up. Oh maa, what can I do to ease your pain. Life and circumstances had snatched her childhood and youth. She had grown up without a father and a mother lost in a maze. Watching her mother fight the demons of her past hurt Trisha. They filled her with helplessness and hatred.

I hate you, Mr. Raman, you abandoned her when she needed you the most. I can never forgive you.

She brushed her mother’s hair and kissed her, Good night Ma, sleep well. I am with you. Always.

While Vaani slept, Trisha was thinking of a way to help her regain her normal brain functions. An idea crept into her mind and she smiled at the thought. She collected the various CDs of their lives.

Next morning, she greeted her mother with a smile on her face. It was a bright sunny day heralding hope. She was sure that her brainwave would work.

She cooked a special favourite dish for Vaani and played the first CD. In this video, Trisha was a little girl. Vaani’s eyes sparkled at the scene when they both were running together in joy.

Encouraged by the joy in Vaani’s eyes, Trisha played another CD. This one was from Trisha’s 7th birthday. Vaani exclaimed laughing, “I remember how excited and eager you were to cut the cake!”

Vaani’s excitement and exuberance grew with each video. The joy and happiness on her face was a sight to behold. It was like peeling away years of memories. Trisha would do anything to see her mother happy, if it needed a reversal of role, so be it, thought Trisha and noticed Vaani get up and insert the next CD into the player.

“Pa, stop recording and help with this sandcastle”, 8-year-old Trisha was heard saying in the video.

“Try to understand Vaani! Whatever you are asking for requires authorization from above. It’ll land me in trouble.”

Raman was arguing with Vaani beside him while he videotaped Trisha.

Forcing a smile Vaani said, “Alright. Let’s leave this matter. Have this.”

Saying she feeds him lovingly a peanut butter sandwich.

Vaani smirked thinking about it even today. Funny isn’t it? Small things like peanuts do wonders if you want them to.

“Wow! Ma which video is this? ” asked Trisha as she entered the room.

Vaani managed to pause the video just in time. She clutched her head in her hands and let out a shriek. A worried Trisha rushed towards her Mom. A few minutes later, Vaani sat listlessly on the couch.

Events of that fateful day, eons ago flashed in front of her eyes!

Raman’s face had swollen beyond recognition. His breathing was uneven.

The tape had frozen, but not before it captured Vaani’s smirk and the deathly glint in her eyes.

Will Trisha ever find out the truth?

“What was happening to Pa there?” Trisha was baffled.

Trisha hurried to the kitchen and Vaani knew she had to act fast.

She darted towards the player to destroy the CD. Vaani recalled how Raman had always been an obstacle in her path to success, how he had refused to help her depose her seniors.

His allergy had been her savior and her Alzheimer act – the perfect alibi.

Vaani had escaped unscathed. But then, why did the memory seem far too distant? And, for how long had the CD been there?

“Ma, why are so disturbed? Don’t worry. I am here to take care of you. Take this tablet and let’s go to the bedroom”.

Trisha made her mother sleep and came back to the drawing room. The CD was lying there. It seemed as if her mother had tried to destroy it, but had not succeeded. She inserted it into the CD player and watched it, with shock and disbelief.

So, this was what had happened long ago! Her poor father who was blamed for everything had been innocent. And her mother’s pretended Alzheimer’s had been the reality.

Trisha was flabbergasted. She wanted to get justice for her innocent father who became the victim of her mother’s cruelty.  She thought – ‘I can’t behave normally with my mother after knowing that she is the villain who deprived me of my father’s love.  But who am I to punish her? God has already punished her with Dementia. But how could I forgive her? No, for a child, both her parents are equally important. Now she is a patient of Alzheimer’s disease. I can’t be a cruel daughter. Lord Krishna says that you get rewards as per your Karma’.

But then, a voice inside her whispered. Is Karma for real? Should she wait till her dad gets justice? But how? And it’s been so long.

Trisha leaned back and closed her eyes. The ticking of the clock resonated in the room. Poor dad! How must he have felt!

A lump formed in her throat. She had been so wired to think that men are oppressive, and women are the forever victims, that she’d failed to realize that the reverse was possible too. On an impulse, Trisha got up and dialed a number on her mobile.

Raman was driving. The mobile beeped, “Meet you soon.”

For the last time, Trisha glanced melancholically at the apartment and hauled her bags towards the cab. She reminisced her teacher’s words.

“The deadly sins eventually meet their consequences when it thrives in the cerebrum.”

Raman greeted her with great happiness after meeting his daughter after so many years. He tried to enquire more and asked if all was good. Her mind raced. She thought, “Not Raman! I will call him what he deserves.” She loved the sound of it.

“Dad! Will message you once I deplane.”

She hugged him before entering the airport. A new chapter in her book of life had begun. Trisha discovered Vaani’s pride, greed, wrath and envy through the CDs. Karma pays, always!

Beyond the Box is the first platform in India to have conducted an Online Write-A-Thon which encourages collaborative story writing. In the month of October 2020, 60 participants created history by being a part of this event. They were divided into groups and each participant in the group contributed to the ongoing story in 100 words approximately. The 15 writers of Group 1 (Adults) who came up with this story are: (Names mentioned in the sequence allotted to them for the Write-A-Thon. A line has been used in the story to indicate change in the writer.)