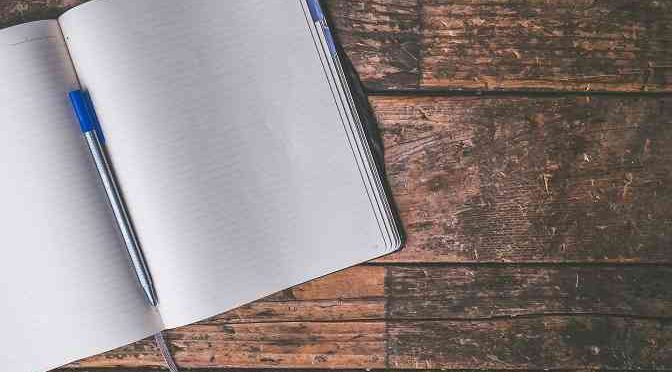 The beam of the scorching sun invaded through the window pane awaking me with a startle and very soon I opened my eyes. Eyes were replenished with a glistening glow as it was my spesh-quarantine birthday. Birthday is often special for teenyboppers like me but, of course, not for few of those who are a generation ahead of me because it reminds them of their age. Age is just a number, besides a bunch of golden experiences, blended with sorrows and happiness. Happiness for a boarding schoolgirl like me especially lies in meeting parents after a long time. “Time just flew. EIGHTEEN you’re now, damsel!” my mom uttered telling that I’m no more a nipper but matured. Matured mind is what I need to turn into now from my puerile, a change in my contemplation and behaviour. Behaviour wholly reflects one’s character, which is how people judge others. Others are stronger than you seem, smarter than you think and braver than you believe. Believe in your potential and the world will give you a number of opportunities every single day. Day has come, to celebrate and nurture my childish Einstien’s mind to be a matured one.

My life was a total mess. Mess because my grades were slipping, my parents were busy and I had siblings to look after. After a certain time, I knew I had to forget my dream. Dream – the only aspiration of becoming a famous dancer. Dancer as a passion seemed to be an unpractical thought to my parents but I wanted to prove them wrong. Wrong because I would be in an entire different world, when I danced. ‘Danced’ – this word but seems like the end of my dream. Dream now feels like fantasy. Fantasy may sound unreal but I want to be the one whose castle is not in the air but on ground. Ground might be for my feet but sky is my limit and I vow to pursue my passion come what may!

Once upon a time there was a place called Equestria – a land of Unicorns, Pegasus and Ponies. Ponies and all others do farming, grow crops and sell in the city and live as friends without any quarrels with life fully making it. It was second week of winter when Twilight (head princess) found out that all her friends were getting bored of being in the house, hence, she thought of taking Figure Skating challenge and called all her Ponies to the nearby lake. Lake was frozen due to winter and changed to admiring crystals which were so slippery that a pony could slip just taking one step as the surface was so delicate and could break into smaller crystals.

“Crystals are so gorgeous”, I wondered when Rainbow Dash spoke up and asked me what I was looking at while all other ponies was staring at Twilight.

“Twilight has called you all here for Figure Skating, my friends, and the first pony to skate in the Frozen Lake will be PinkiPie.”

PinkiPie was great at skating but poor jumping and hence, slipped in a matter of a second. Second one to take the challenge was Rarity, who was very elegant in doing skating but she kept falling while sliding, which made her embarrassed in front of Twilight. Twilight too made mistakes initially at jumps and sliding hence, she laughed at Rarity and said “Oh, Rarity its fine to make mistakes, let’s have third one as Rainbow Dash.”

Rainbow Dash within no time slipped and skated very fast on the frozen lake as if she was not doing figure skating, which astonished AppleJack.
AppleJack’s turn was next after Rainbow Dash and once she started figure skating, she managed to do it well in landings and jumps but while she slid her one hoof, it was so high that she fell near StarLight. StarLight perfected every move in figure skating with flawless sliding, gliding, landing and jumping on the lake which made her WIN the Figure Skating challenge.

“Challenge in this frozen lake was just to get you all out of boredom and everyone did a very good job”, Twilight cheered.

Title: Free from the cage

She ran through the woods, woods which were green and brown
Brown like the chocolate in the city
City she was running from
From technology and manners
Manners which made her feel as if in a cage
Cage that opened once and she took her chance
Chance that would make her free from the judgment
Judgement, that would not be in the town
Town in which you can be yourself
Yourself without a care in the world

A boy who went with the name Tommy always liked to talk about crazy stuff with his one and only friend James. James was his best buddy since they met at the age of 5 years. Years went on and their friendship became more affectionate. Affectionate they were, so much for each other that they were partners in every mischief such as climbing rooftops, breaking windows while playing cricket and cycling together to name a few. Few people like their parents were aware of their secret and detective service. Service has always helped mankind and in their case both of them used to solve small rescue cases of lost animals. Animals and their world is always a fascination for children. Children love doing crazy stuff and the two children who were perfect in doing this were James and Tommy. Tommy was tired after a long day of detective service one day and opened the door on the knock of Tommy. Tommy ran to the rooftop; then James came to the rescue with a Ferrari and they decided to jump. Jump to the secret base back was crazy but landing was easy. Easy it was like a piece of paper falling to the ground. Ground catches all that falls from sky and that sounds crazy. Crazy as some war.

The adults read out their winning stories LIVE with us. You can watch the session here.

// Every month, we conduct a writing challenge with a difference to fuel the creativity in our writers. These are the winning entries from the August Writing Challenge which was to write a meaningful paragraph in minimum 10 and maximum 12 sentences in which the last word of each sentence should be the first word of the following sentence. The winners were chosen by our juror Anjali Gurmukhani  Sharma. //