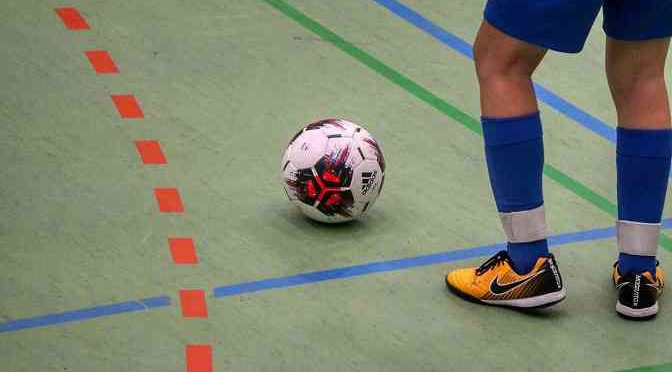 Avani Joshi was born to two mothers. Hers was not the conventional family. She was a pretty and happy girl. When she first went to school, she kept a low profile because she knew that she could be ridiculed because of having gay parents. But a new talent gradually grew within her: Physical Education. In the first grade, she picked up a baseball bat. It was marvelous for her! She also excelled on the cricket pitch. A few days later, she was introduced to football, and she played like a professional at the very first moment. When she started basketball a week later, she became a star. She was soon a popular girl due to her sports skills and made lots of friends in school.

It was only when she was in middle school when problems started to emerge. She felt that everyone in the middle school would be mature enough on learning about her, and Avani, now the most popular girl in school, made a mistake without thinking about the consequences she would face; she shared with her friends that her parents were gay.

At that very instant, people went to war with her. When the teachers wouldn’t be around, some students would write words like ‘Illegal alien’ or ‘If Hitler were here, it would be good, as you would be dead!’. They threw plates at her during lunch, and if it didn’t hurt her, the students would punch poor Avani to the ground. She didn’t complain to the teachers; if she did, they would bully her even more, she thought. The whole year went quietly; poor Avani couldn’t share her pain with anyone. The only thing that made her happy was playing sports.

In grade 7, the teachers changed, and they started treating her the same way as the students, as if she was malicious. Umpteen incidents occurred, for instance, “when a student would blame her for something that she didn’t do, and even if the teachers knew who it was, they would punish Avani only. And the students never used to call Avani by her real name. Instead, they used words like ‘YOU INCOMPETENT BRAT’ or ‘YOU HORRID ALIEN.” None of the teachers tried to stop this discrimination except the Physical Education teacher. He never differentiated between kids, or people in general.

She often told the P.E. teacher about her problems, and he would tell the teachers of other classes to stop mistreating her, but this only made them treat her worse. But with his encouragement, she became better and better at sports, and was added to the school team. He guided her to focus on one sport rather than using her energy in multiple sports. With the guidance of the PE teacher, she chose football, and she excelled in that sport the most. After about three months of vigorous practice and performing in different matches within the school, she was called upon for the school team. She would compete with another school, and her PE teacher encouraged her and said to her, “Show your worth; you are not less than anyone out there.”

With that encouragement, holding her willpower, she entered the court, but then she overheard a conversation between the opponent team girls.

“LGBT ALIEN,” one of them said, “We will do many penalties and make it look like it was her fault until she gets a red card and gets kicked out of the game!”

But this conversation made Avani more determined to win! At 10:35 AM, the match began. At 10:53, Avani scored her first goal! By the end of the first quarter, the score was 6-7, with Avani’s team in the lead. At 11:08, the opposing team scored. By 12:04, Avani was about to take the ball from the opponent team and tried to score, but the opponent team tried to play an evil plot on Avani and tripped her. As the saying goes, “Good always wins over Evil”. To everyone’s shock, Avani made her final goal and fell at the same time, which gave her a win.

This win made Avani and her PE teacher famous, and also got them opportunities to play in various inter-city games and eventually led them to get a place in the Olympics.  While Avani should have been accepted irrespective of her achievements, she showed immense courage and gave hope to everyone out there who is struggling within closets. How many more Avanis will suffer till we get over our biases?

// This fictional story has been penned by 11-year-old Srikar Chitta and has been selected from the submissions sent to us as a part of the BTB initiative to feature prose/poetry pieces on the theme of sports. //