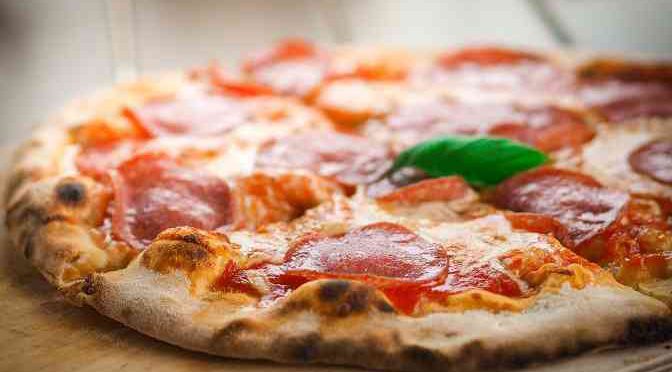 Babloo and his family bought all that they wanted to buy and began walking towards the car with bags. Suddenly, Babloo noticed a Pizza Hut signboard. “Pizza sounds fantastic, Can I devour this gooey cheesy pizza?”, he thought to himself. He asked his family if he could eat Pizza for lunch but his mother refused. She exclaimed, “Are you nuts? You just had junk food yesterday!”.  Stomp,stomp,stomp – Babloo ran away and entered Pizza Hut.

Babloo walked up to the man at the counter. “Can I have pizza?”, he asked. The man replied, “Sorry child! No pizza without money”. Fiddling with his pockets, Babloo managed to find some cash. He remembered his mother gave him rupees fifty to keep them safe and buy apples. Instead of buying apples, he gave that amount to the pizza man. While relishing the Pizza, he was roaming around only to realise that he had left his family and was now lost. He tried to look for them but there wasn’t any clue. Babloo was petrified as there was no sight of his parents. His lips were quivering, knees were shaking and he was breathing fast and heavily. Suddenly he saw a trail of his own footprints. Guess what! It led him to his family.

One thought on “Babloo At Pizza Hut”