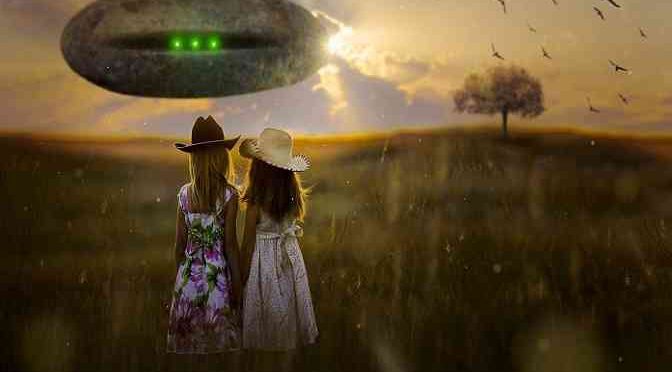 It was a bright Sunday morning, bustling with the boisterous banter between Sarah and her friends. The children were playing hopscotch by the lake which was close to Sarah’s home. Mrs. Rodrigues was watching them from the kitchen while preparing sandwiches for the children to feast on. Suddenly, there was a loud scream. Children were screaming because they saw a U.F.O landing near the lake. After some time, they saw an alien coming out of the U.F.O. When the alien came out, the U.F.O flew in the sky. The alien stared at Sarah and her friends. They got scared and ran towards Sarah’s house.

While the children were discussing the incident, they noticed a mirror beside them. In the mirror, the lady was looking like an alien. They got scared and again ran towards Sarah’s home. They never went to that house again.

//This story has been submitted by Arnav Mahajan, aged 8, from Hyderabad. This is the winning entry in the first contest conducted as a part of BTB “Children’s Corner” initiative. Children were given a prompt of few lines and they had to continue the story with their own interpretation.//