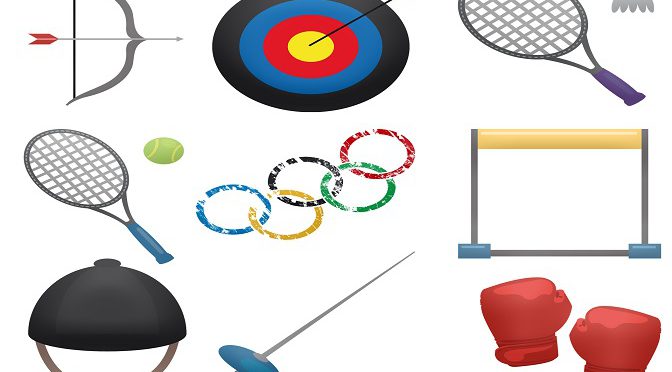 Another day passed by with another medal for the Corry Saints High School trophy room. A close call for the basketball finals, but they brought home the trophy with a score of 20-18. Finally home after a laborious, tiresome week of training, Sophie slumped onto her bed, her face red and sweaty. Hours passed and she hadn’t moved an inch. The tick of the clock became faint as Sophie dozed off, slipping into her own world. Her alarm buzzed at sharp 5 and jolted her awake.

Sophie turned on the radio which, as usual, was running the news of another kidnapped athlete. She put on her shoes with lackadaisical efforts and sprinted to the school court. When she started to shoot hoops, a deafening high-pitched scream rang in her ear. She dropped the ball and started searching for the source of the sound. She tripped on something at the center of the court. Something was amiss! She noticed that the center circle was slightly elevated. It felt as if Sophie was sitting on a handle and she tried to lift it. It was tightly shut but she was able to slightly lift it. It seemed that there was a dreary staircase heading down somewhere. She followed it down and it led her to a huge storeroom filled with all kinds of balls. Disappointed, she was about to climb back up, thinking that she didn’t have to explore such trifles. Just as she stepped on the second step, a bright light illuminated the room. Sophie was hypnotized by the blue light shining through the cracks of the wall.

As she leaned on the wall to see through it, the wall toppled over and she was now on the other side of the wall where the light shimmered. Sophie brushed the hair off her face and was baffled at the sight of a long hallway decorated with balloons. She strolled down the hallway gaping in awe. She reached what looked like the main hall. As she was about to step into one of the corridors, everything disappeared. Sophie went tumbling down a long, curvy slide. At last, she reached the end. She landed with a thud in a big basket. As she climbed out, she was flabbergasted by the sight of millions of cameras, each filming a different room. As she glanced through the CCTV cameras, she fell on the floor when she observed the camera pointing at room 1323. She bolted the door of the halls and skimmed through the signs. Finally, she found the right room and hesitated to enter, but then found the courage to open the door. She was exhilarated to see PV Sindhu, Neeraj Chopra, Mary Kom, and Chanu Saikhom Mirabai in one room. She tried to speak but nothing came out of her mouth. She found her words and asked them how they got there. Each had a similar story that they went to sleep after a weird feeling that something was watching them. Out of the blue, the walls of the room fell. At the far end of the hall stood a tall pedestal, and on it was a huge trophy. Many seats appeared beside them and tall brown bars surrounded them. The trophy grumbled and said, “These athletes have been arrested by the sports equipment production company for harming and murdering numerous balls, bats, rackets, and other sporting equipment!” Sophie was dumbfounded but thought about what her teammate Lisa told her. She protested that if the sports company could arrest humans for harming them, then many sports equipment would be in human jail right now as they have also harmed many humans. The argument went on for hours. During the 4th hour, Sophie was running out of replies to the trophy, but something caught her eye. Behind the pedestal was a small exit sign and behind that was an image of the Olympics logo. Chanu Saikhom Mirabai noticed the same thing and broke the bars, and everyone ran towards the poster. Luckily, there was a hole there that led to Main Street.

Weeks passed. Sophie was awarded the Best Detective in Corry Saints, the sports equipment production company was demolished, and the talking sports equipment took their place in the normal world.

// This fictional story has been penned by 11-year-old Aryaa Jena and has been selected from the submissions sent to us as a part of the BTB initiative to feature prose/poetry pieces on the theme of sports. //