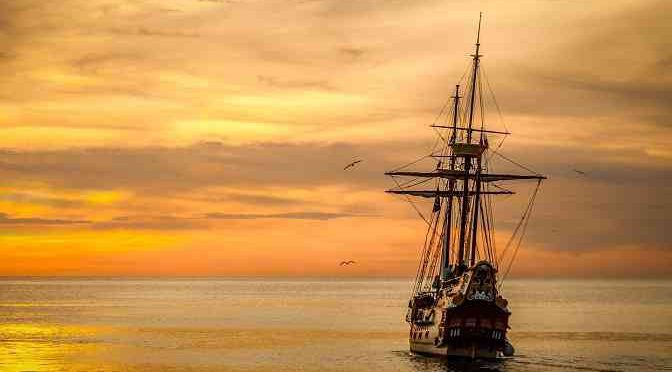 On October 28th, 2005, at around 6:30 AM, Mikayla Anderson’s body was found floating face down in the Lavern Ocean about 200 yards from Kelvyn Island. She was wearing only a silk nightgown, yellow wool socks and a red down jacket.

“Yeah, did you know her personally?“ asked his assistant, Det. Morgan.

“Know her?! I used to have a crush on her. Her beauty was impeccable, after all she was one of the biggest stars in Hollywood”, answered Harrison.

“Tell me more about her Sir”, said Morgan eagerly.

“Alright, let’s start with some history then. Mikayla Anderson lost her mom at the tender age of eleven and debuted the same year with ‘We’re just like you’.”

“Oh yeah! I have heard about that movie…” mentioned Morgan.

“Yeah, Mikayla was never close to her father. In fact, she despised him for what he did to his mother. According to an interview given by her, he cheated on her with his co-stars and turned abusive when he returned home. She believes that her father’s casual and insensitive treatment to their marriage is what took away her mother from her.”

“Whatever! I just don’t understand Sir that she was so young and your childhood crush! I mean wasn’t it said to be a premature death?” questioned Morgan.

“I always thought she was a little mature for her age. I mean, come on, wouldn’t you be smitten by someone as bold as her?! She stood up to her father by moving in with a 17-year-old socialite!” Harrison wore an amazed look. “Let me tell you a very weird aspect of the case. Anderson is said to have been scared of dark water. I heard that her father once took her to a carnival where a fortune teller prophesized that she would die of drowning.”, finished Harrison.

“Jim Brady… you know I’ve interrogated enough high-profile case suspects to know that you all have a back story. So, please enlighten me with yours”, probed Harrison.

“Hmm! Look it’s pretty simple, dum-dum. It was the weekend right after Thanksgiving. She had been working on the rom-com film Me! amor with Hans Garçiá; and being the big-hearted woman that she is, oh sorry was, she invited him to join us at our yacht – The Serene – on the weekend. We left on the yacht at around noon on October 26th . Everyone on the boat, including the Captain, had been drinking for most of the weekend.  The night it all happened, Garçiá and I were in a political debate and Anderson was getting bored, so she got up and left while we continued to argue for another hour, but when I got up to kiss Mikayla good night, she was nowhere to be seen. At around 1:30 a.m., the Captain and I made a distress call to the coast guard informing them that she was missing from the yacht.”

“Okay, you can leave now”, said Harrison, a little too loudly, “His statement seems to be a little too detailed… as if he’s prepared it with legal help.”

“Hans Garçiá! You know I’ve been watching your films ever since I was little!” exclaimed Det. Morgan.

“Look, I have to go on a shoot. So, take down my statement and let me go. There was an argument that broke out between Mikayla and Jim over her time spent away from family to which I defended her at first, but then stepped outside. When I returned, the two had made amends.”

“That’s it? That’s all you have to say about a woman who was one of your closest friends and had invited you on a yacht trip with her husband?” questioned Morgan.

“Look, I believe that my feelings are something personal, something which I wouldn’t like to share with other people”, quipped Garçiá.

“Well, I respect that. You can go now. Thank you!”, responded Harrison.

Without wasting any time, he called for the next perp.

“David Jagger… So, you’re the captain. Well, what have you got to say on this?”, asked Harrison, stroking his chin.

“See, I have been a family friend to the couple for years now. The night it happened, I heard the couple argue and even heard the dinghy being untied.  Then there was silence, until Brady returned profusely sweating as if he had just been in a fight or ordeal of some kind. After he informed me of the incident, I insisted on looking for her, but Brady discouraged me from turning on the flood lights, saying he didn’t want to alert the nearby ships.”

“Didn’t you ask him why he was sweating so much?”

“I thought it was from the drinking.”

Later that evening, the coroner report came with the following details:

5 hours after the distress call was made, the body was found floating about a mile away from the yacht. The inflatable lifeboat which she had presumably left the yacht on was washed up against the rocks just a little south. The ignition was off, the gear shift was set to neutral, the oars were locked, which implies she hadn’t started the vessel at all. Her alcohol level was 0.14 (above normal). Nail scratches on the lifeboat implied that she tried to get back on board. In all probability, she eventually drowned due to hypothermia and exhaustion. Ultimately, it’s likely she clung to its side as it drifted away from The Serene.

// This fictional story has been penned by 14-year-old Nandini Agarwal and was submitted as an entry for the Box of Tales – Volume 2 International Creative Writing Contest. The story made it to the top 25 based on jury scores and hence, was chosen for publication on our website //

One thought on “Mikayla Anderson – Accident Or Murder?”