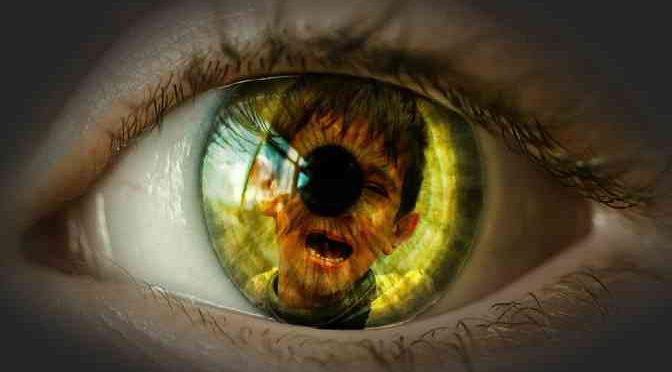 The winners in the Kids’ category were Malishka Vemu & Arianna Thomas (Team 52). Enjoy their story!

I walked towards the station – my head bent down. With each step I took, the need to return to my house began to grow ; the convulsive shaking in my legs began to grow ; the cold spine-chilling feeling of pure terror began to grow. The images of the past few nights began flashing in my mind; if he found out what I was about to do, the consequences would be severe.

Despite the quiet of the night, I could hear his harsh voice yelling profanities in my ear. My heartbeat quickened as the station grew nearer. “This is it Kiann. You’ve made it this far – there’s no backing out now.” I whispered, encouraging myself. I know my story seemed far-fetched, especially since it was against the well-acclaimed Judge Mathias, but I hoped at least one of the officers would believe my story.

When I ultimately arrived, in spite of my racing heart, I felt this inexplicable relief of finally having a chance at freedom. I reached for my phone, my only proof against the monster, when I heard someone say –

“Get it done.” It was him. The one and only Judge Mathias, discreetly slipping some money to the clerk. He turned his head in my direction.

I bolted – fearing for my life, hoping that by some miracle he hadn’t seen me.

The tears that had been threatening to fall, cascaded as I prayed for my safety. I kept on running until I saw the familiar brick road, ignoring the burning in my lungs. I ran through the gates of ‘Mathias Mansion’, my house and so called ‘HOME’.

Darting into my room, I gasped for air. I reached into my pocket, expecting to find my phone. My face contorted into a look of pure horror as I realised I had dropped it in my haste.

Twenty minutes later, I heard his shoes pound against the hardwood floor. I hoped that he would just pass by my room. My prayers were in vain, when I heard the familiar swish and crack of his infamous belt.

I patrolled the police station, and bid Judge Mathias goodbye, as he returned home. He was a true implementer of justice and many officers, including myself, looked up to him. As I was lost in thought, I felt someone brush against me. It was a young boy and he was sprinting away; his face pale, as if he had seen a ghost.

“Is everything alright?” I called after him, but he didn’t hear me. I tried following him, but halted when I saw a phone fall out of his pocket. The boy showed no signs of stopping anytime soon, and so the responsibility of returning his phone fell on my shoulders. I picked it up and opened the photo gallery, to hopefully find an image of the owner. To my surprise, the gallery was empty except for a video. I pressed play.

“You’re late again.” I gasped in shock. On the screen was none other than Judge Mathias, a dark look in his eyes, quite the opposite of the smile he gave me a few minutes earlier.

“I’m sorry Father.” The boy who ran past me replied. Father? This revelation shocked me. No one knew that Judge Mathias had a son.

“Mere apologies have no meaning Kiann. You should know that by now. You must be punished for your actions.”

“Yes Father.” the boy replied, bitterly. There was a sudden crack and the boy howled in pain. Crack

Another followed. Blood stained the back of his shirt, as he cried.

I switched off the phone, shaking. I was aghast that such a respectable man, with his pristine reputation, could mercilessly beat a child, especially his own. I left for the Mathias Mansion at once.

As I arrived at the front door, I radioed my team for backup. I banged on it and shouted –

I grieve…globally 57,000 children die as victims of abuse. I was late…yet another child, Kiann, slipped into the clasps of death.