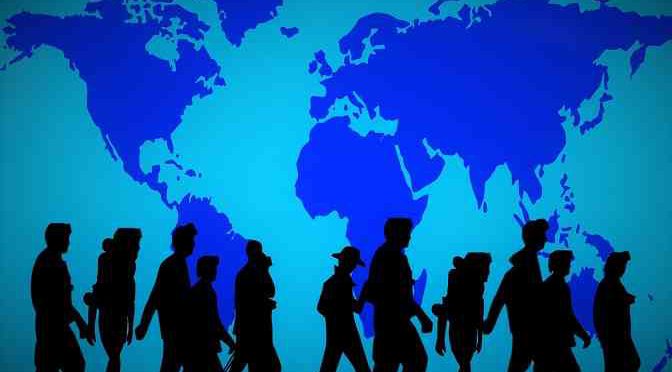 The UN had tried to negotiate with,

But alas! As anticipated,

The morsel of land,

That we, now, the refugees, had,

Known as our homeland for centuries,

Now belonged to them.

Now ‘they’ could be anyone,

Their religion undoubtedly would be the machine guns.

Their violence would put to shame,

Even the scriptural depiction of infernal flames.

They only knew the language of coercion,

In fact, anything but reason,

Sometimes unholy crusaders of state had,

We were sentenced to suffer,

A stateless state of mind-

To wander eternally on the brink of insanity,

We were godforsaken creatures,

Destined to remain stateless throughout our remaining lives.

// This poem has been penned by Indrani Chowdhury who was among the Top 10 Finalists in the first poetry slam event (A Rhythmic Affair) conducted by Beyond the Box for adults. //