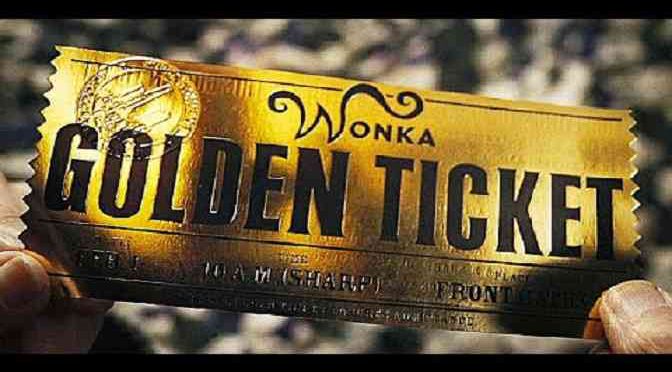 The six children were:

We moved along with Willy Wonka as he greeted and ushered us in from the entry gate. The first room we entered was the edible room.

Weird William fell into the chocolate waterfall for his weird behaviour.

Irritating Ileana turned into an Inca berry in the invention room while she was irritating the team.

Lardess Lilly was excited about the lollypops and was thrown into the giant garbage bin by the Lollies (robots who make the lollypops).

Lavish Laurence went into the radio in the radiation room as he was disturbing with his lavishness.

Now only two of us were left – Yousaf and I. Willy Wonka gave us the option to choose between a treasure box and quitting and continuing the journey with him.

Yousaf badly needed money, more than anything else, to take care of his family as his family business was in loss. So, he took the treasure box and quit gleefully.

I was the only one left. Seriously, I won! I could not believe this. Willy Wonka gave me an enormous ………….. “Wake up dear it’s 6’o clock already, get ready for online classes”.

// This fictional story has been penned by 13-year-old Teertha Ch and was submitted as an entry for the Box of Tales – Volume 2 International Creative Writing Contest. The story made it to the top 25 based on jury scores and hence, was chosen for publication on our website //