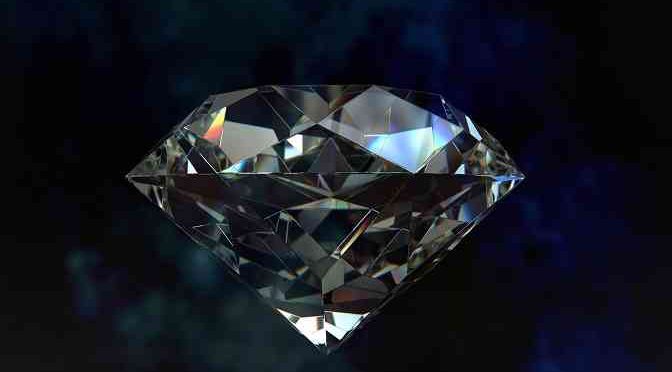 “Baller, I’m going through the system analysis of the security system, and it’s easy enough for you to get through,” Scar said, desperately trying to get to the priceless diamond worth millions-the eye of Vishnu.

“I’m hacking the system, and it’s done..you can go through Scar!”

“Ok I’m going through, here goes!” Scar said, taking out her screwdriver and breaking in.

She paced the halls slowly and quietly to get to the end where the eye of Vishnu would be waiting for her.

Scar remained patient through the long hallways of the Medre’ museum as she kept a constant eye for lurking guards, a predator but easy prey.

Her boots tapped along with the ticking of the grandfather clock, and she moved as quietly and unnoticeable as a mouse.

She climbed walls and squeezed into the tiniest of cupboards before stumbling upon something, something more priceless than anything.

“Wow, I’m staring at something I thought I’d never set eyes on again!”

“Well, it better be more valuable than a sparkly gemstone, the size of my head!”

“Define valuable? They say beauty is in the eye of the beholder.”

“She said a little too knowingly!”

Scar suddenly heard a knock at the door, and immediately guessed it was the police. She hurried on to take the valuable item and rushed through the rooftop, out of sight, sure to not be seen for a good while, long enough to make sure the actual criminal here would not destroy the eye of Vishnu-a tradition of its own.

Meanwhile, where Scar was previously standing, stood a police officer named Gray and his assistant Sheena.

“Sheena, I am certain Scar was here, check the eye of Vishnu, and check if it’s real or mere bait, clear?”

Sheena walked up to the scene, looking out of the window, where she saw a shadow elegantly hop through the buildings with a bag, which fit the character of Scar, the criminal mastermind robbing museums all over the world.

She turned her head, as she could not run after Scar currently, to see that the diamond was still there, quite suspicious.

Sheena took out her bait checker to check the status of the diamond, and it was the actual diamond!

Sheena ran back to where Officer Gray was standing, and before anything else she told Officer Gray that she saw scar leave the crime scene but she had not taken the real diamond!

“Yes, I noticed, all she has stolen from here is a stupid bunch of Russian dolls barely worth 50 euros, what is she after?” Gray said, not down to earth.

Both Sheena and Gray dropped to the ground, pink darts squeezing through their shoulder, blood dripping, saturating the floor.

A deep voice echoed through the room. “Oh well, unlucky them, lucky me! The treasure’s all mine! I hear Scar’s here? Huh, guess we’ll be crossing paths soon enough, a reunion would be nice, being able to find the master criminal Scar would be quite a feat.”

The voice walked into the dark, passing right by the two innocent bodies who lay unconscious on the ground.

Becoming Scar Alexis was proven to be tough, but here she was, living the dream.

The wind swiveled as she eyed her Russian dolls carefully, almost tearing up.

“Well, well well, look who it is? Hello Scar,” a voice said behind her.

She swiftly turned around, only to be starstruck

“That’s right now ain’t it ‘scar Alexis’, or should I call you lambkins?”, Crackle said.

Scar was disturbed by this thought, “What do you want?”

“For you to join us back on A.C.M.E island, with the rest of us, even Al Capone wants you back.”

“You do you girl, never should have stuck with you anyway, you REALLY schooled me the day we met.”

“Well, I thought you should know who you’re dealing with.”

“Well, it seems I still don’t know. The slick red hat, the exotic new name… Who are you, really?”

“You really want the whole story?”

“From what I’ve been told, I was found as a baby. Abandoned by the side of a road just outside Buenos Aires. A set of Russian dolls were my only belongings.

I was brought to an island … that just happened to be home to a school for thieves: A.C.M.E. Academy.

It was no grammar school, but I was home-schooled by a revolving door of nannies. Some taught me how to read and write, and most taught me about the diverse places they were from.

The campus was never really a place for children, but never once I felt like I was in danger, that was until Al Capone failed me as a student, so I couldn’t pass, despite being the finest pickpocket he’ll know.

You and the gang were planning your first heist, what you didn’t know was that I sneaked in, only to realise you were stealing away a tradition from the past. It was then I decided to run away from A.C.M.E. Island”.

“Boring much! Anyway, you’re coming HOME whether you like it or not lambkins”

// This fictional story has been penned by 12-year-old Vanya Nath and was submitted as an entry for the Box of Tales – Volume 2 International Creative Writing Contest. The story made it to the top 25 based on jury scores and hence, was chosen for publication on our website //